If you’re obsessed with the wizarding names of the magicians of Harry Potter. Then you will surely enjoy the Harry Potter Name Generator.

You can unearth your inner wizard or a witch by finding some cool Harry Potter wizard names for yourself. Harry Potter Name Generator will find you the wizard or witch name that best fits you. 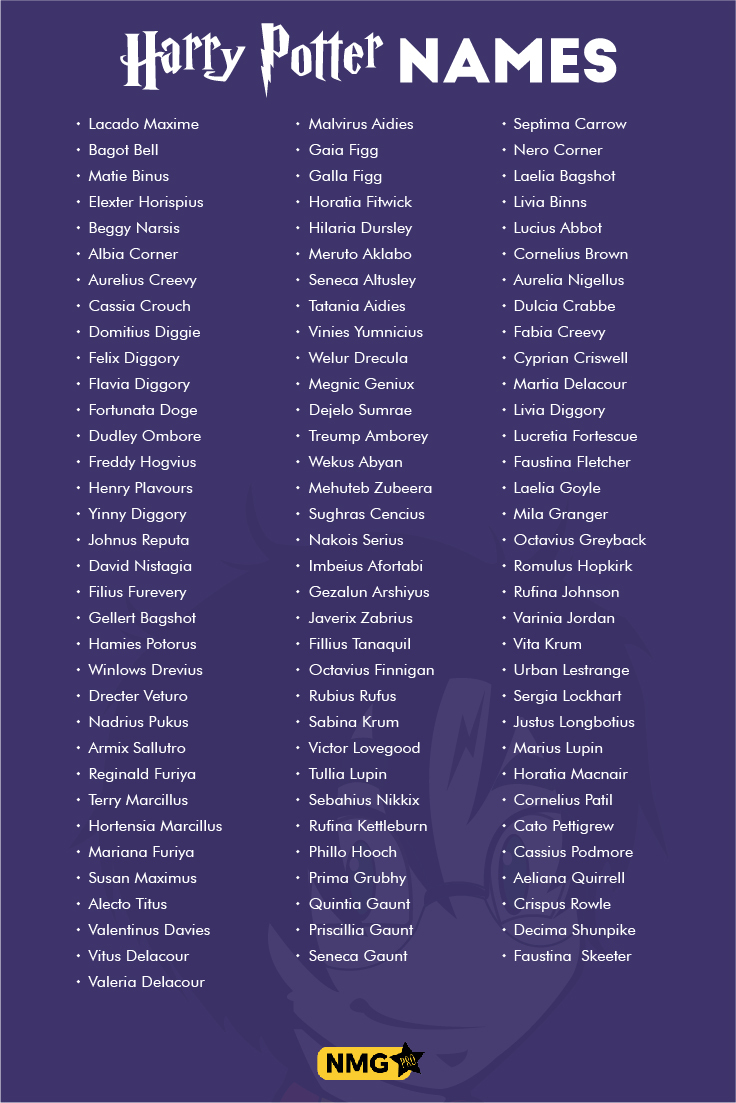 We can all feel Hogwarts’s little magic around us! Many Potterheads have found different ways to express their love for the series in form of tattoos, drawings, fan-fiction, magic shops & even nick names!

Find your wizarding name in this list of Harry Potter Wizard names: 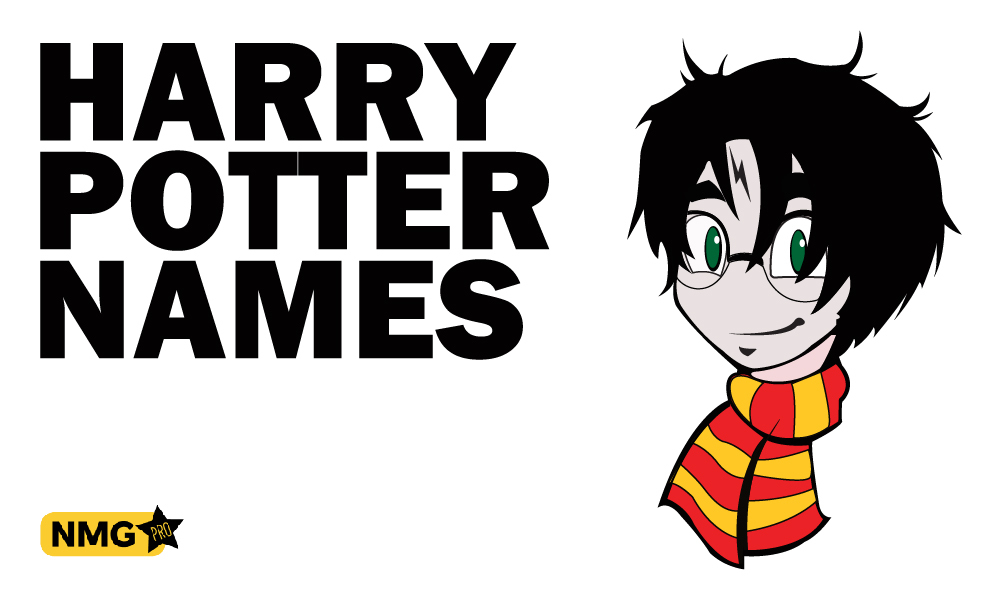 It has been more than 20 years since the first book of JK Rowling’s literary masterpiece, & an amazing fantasy world of Hogwarts’s school came out. But the fandom is still not coming slow!

Fans are yet to skip thinking about all the adventures of Harry Potter, The Boy who Lived & his loyal company of friends.

Although the series ends with the death of the one ‘Who-Must-Not-Be Named’, but fans are still re visioning the chapters in the books & rewatching the parts of the series to get more & more into the world of magic.

Well, this magical hangover isn’t over for us as well. So, here we bring the list of harry potter character names. 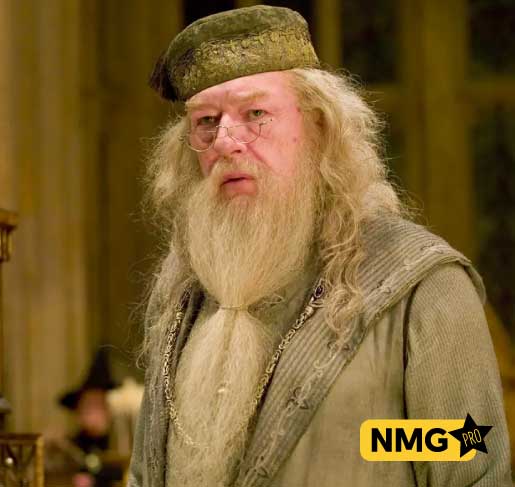 The first on our list, the headmaster, the hero and the leader, Albus Dumbledore!

Dumbledore’s full name is actually a big name. It’s Albus Percival Wulfric Brian Dumbledore, as he stated in Harry Potter and the Order of the Phoenix in his own words.

The name “Dumbledore” is an old Devon word for “bumblebee” and was picked by Rowling because she imagines him wandering around the castle humming to himself. 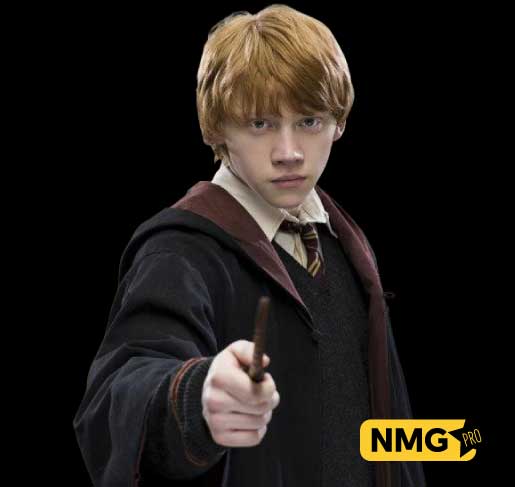 Ronald was used primarily in Scotland and northern England during the Middle Ages. His wizarding name holds the meaning of ‘the ruler of the decision.’

Ron Weasley was the sixth and youngest son of Arthur and Molly Weasley. Ron was best friends with Harry Potter and Hermoine Granger. 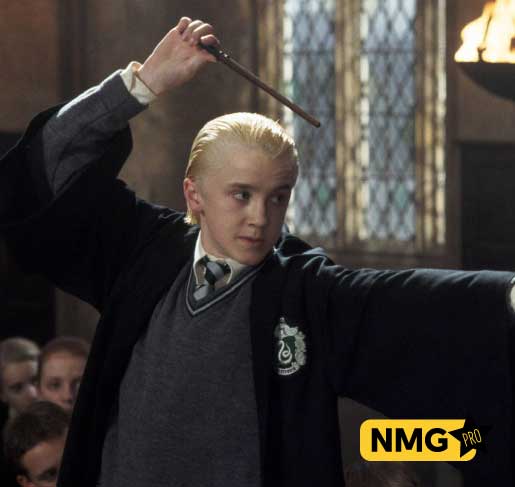 We all would’ve hated this guy if he didn’t turn to be a good Slytherin.

Draco is a strong name that means “Dragon”. It has been one of the popular names from JK Rowling’s series and surely deserves a spot in Harry Potter wizarding names. 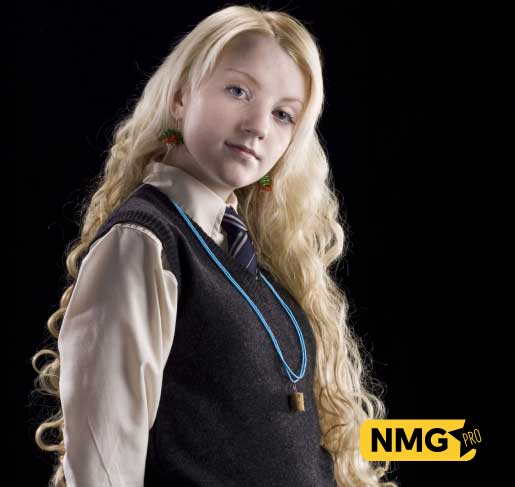 This can be your perfect Hogwarts witch name. The name Luna originates from ‘the moon’. She was the Roman mythological goddess of the moon. Luna Lovegood was sorted into the Ravenclaw house and joined Dumbledore’s Army in her fourth year

Harry Potter Name Generator will enable you to generate thousands of wizarding names with a single click. Here’s how it works:

Harry Potter Name Generator is more easy to use than flying the Nimbus or using the magic spells! You just have to move your arrow with the mouse like a magic wand & click the button named ‘Generate Harry Potter Wizard Name’. A unique Harry Potter wizard name will be in front of you!

Once you’ve generated a good amount of names, you can also review them. Scroll down to see a list of the wizarding names you’ve generated. Click on a particular name to add it to the favorites list.